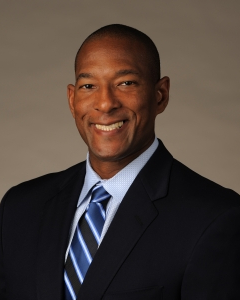 Lewis Preston joined The BDS Agency in 2018, bringing with him 17 years of Division I coaching experience, including three seasons as the Head Men’s Basketball Coach at Kennesaw State University. Prior to Kennesaw State, Lewis served as an Assistant Men’s Basketball Coach at Penn State University under Ed DeChellis, the University of Florida under Billy Donovan, the University of Notre Dame under Mike Brey. While at Florida, Lewis was a part of the program’s second consecutive NCAA National Championship in 2006-07. During his coaching career, he was invited to and participated in both the Villa 7 consortium and BCA Achieving Coaching Excellence program.

In 2015, Lewis took his nearly two decades of coaching experience and transitioned to values-based, decision-making firm IntegrityATL.com, serving as Vice President of Client Engagement. In his role, Lewis focused on working with high school and collegiate student-athletes, as well as small and medium-sized business groups, to provide integrity solutions and Foundational Core Values. In 2018, Lewis served as a member of the Pat Summitt Leadership Group as the Leadership Summit Director.

Lewis earned a bachelor’s degree in history from the Virginia Military Institute in 1993, where he twice earned All-Southern Conference honors. Following graduation, he spent four years playing overseas before beginning his coaching career. Lewis resides outside Atlanta, GA with his wife, Angela, and daughters, Alexandra and Emma.

Optimize the Vizion, Board Member

“The Crush” Sports Talk on One Sensation Station Network, Contributor